Two boys are picking on a raven using their hockey sticks. The raven hides behind a trash can. While the boys discuss who will chase the raven, it flies away. Suddenly, in the same direction as the raven flew, is a man. He asks the children what they were doing. They lie and say that they are helping an injured raven. The man is no fool and calls the boys out on their lie. He insists they take him to their parents. After the parents and the mysterious man discuss what happened, the man tells the boys a story.

The story begins with a mean old man who shot ravens for fun and never ate them. The people in his village didn’t like him any more than he liked them. One day, he hurts a raven’s wing. The raven follows him everywhere. Eventually, the man sleeps in the tree to get away from the raven. He springs from tree to tree. One day, he flies out of the tree a transformed raven. He flies to see the people of his village. They are holding a funeral in his honor. He is surprised that everyone was there, showing that he was wrong about the way the people of his village felt about him. In return, he helps the people during a bad blizzard. When they get lost, he leads them to safety.

When his story is over, the man leaves. In his wake are feathers.

The Man Called Raven reminds children to respect animals and people. The story is based off of stories the author, Richard Van Camp, heard from the Dogrib Native American Elders. So, children are not only taught a moral, but get a taste of Native American stories. Not to be outdone, George Littlefield’s illustrations are bold and mysterious. My kids enjoy the pictures and look forward to the next time I read this story to them.

Most children will be able to read this book around the age of 6. My 2 year old enjoys listening, too. There are 32 pages of fun filled enjoyment! 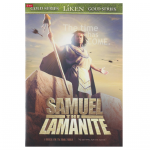