Learning is a lot of fun when you’re doing hands on meaningful activities. Kids also do better when there is a change of pace. So, today, we decided to do just that!

I also have another motivation: I want them to go on an electronics detox. During the winter, it seems that I allowed the TV, wii, Netflix, and other media to fill too much of their free time. It also decreases creativity and imagination. I’ve noticed that this leads to sleep issues and a decrease in respectful behavior between the kids.

Another reason to decrease our media time is that my husband and I have a goal: Get out of debt. Netflix may be an inexpensive form of entertainment. However, when it’s easy to nickel and dime at goals to the point that reaching the goal is further away than when it was set. That’s where we are. We’re trimming the “fat” from our budget and going through our food storage to create maximum momentum for our goal. I could continue, but this is a topic for another day.

So, today is a day to increase imagination, decrease dependence on devices for entertainment, and increase friendship between siblings. 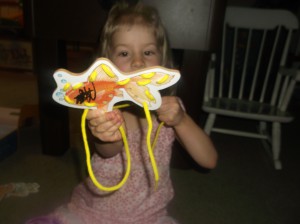 Cami learned how to lace some cards by Melissa and Doug. She had some challenges at first since it was her first experience with “sewing,” but was able to get it right in the end. 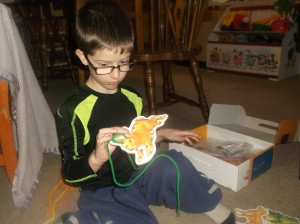 Since we hadn’t pulled out the lacing cards in a few years, Ethan decided he would join in. He also helped unlace some of the cards that were completed prior to putting them away last time we used them. 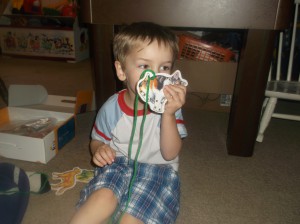 Jesse, 3, wanted to play, too. He tried lacing the cards like Cami and Ethan, but ended up helping unlace the cards that were already done. This is a great skill, too.

Isaac decided to create another activity using the laces. He wove the laces.

Another fun game is Lotto. The game is simple. The cards are placed upside down in the middle where everyone can reach them. Each player gets a big card that looks like BINGO. During their turn, each player chooses a card. If it matches an animal on their playing card, then they can put it on the matching square. If it doesn’t match, they make sure that the other players can see what is on the card and place it back in the middle, upside down. I’ve added the rule that if they can read, they need to read the card before they can match it.

Ethan, Cambria, and Jesse all played. Jesse was very excited and could barely wait for his turn before turning the cards over. At first, Cami and Jesse were winning and Ethan was having a hard time showing good sportsmanship (this is very typical for 7 and 8 year olds). In the end, Ethan won and was very excited. 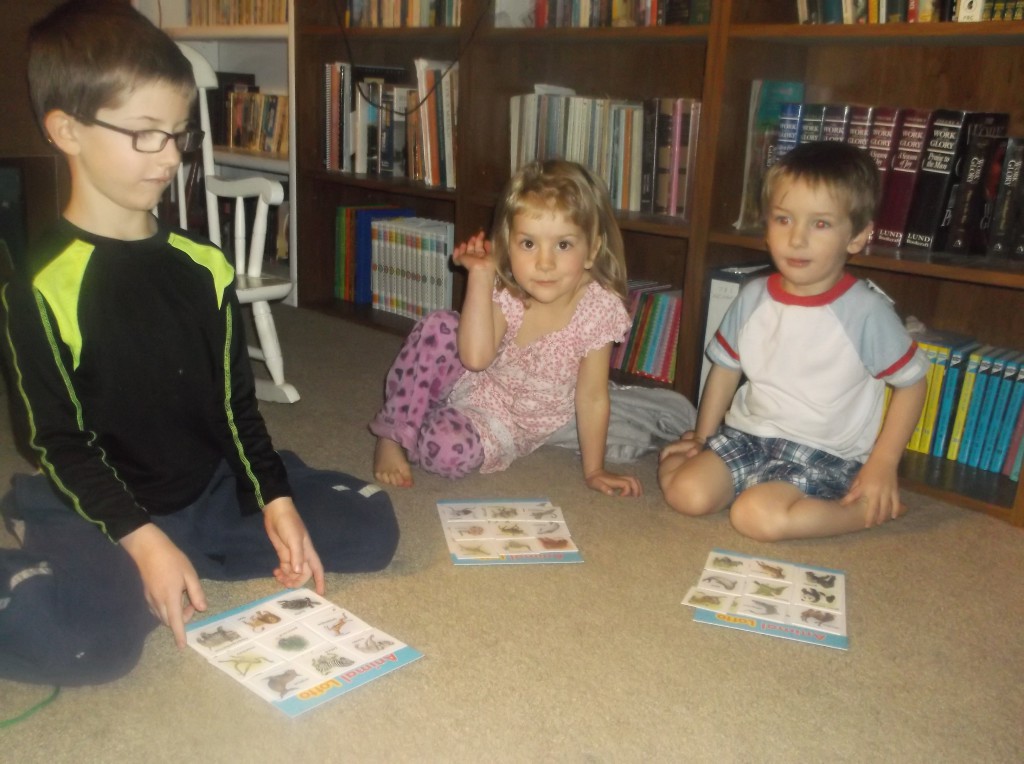 Normally, we have family reading time with books that are at a higher level than Disney books. Ethan, Cami, and Jesse listened to me read Button Soup and the Little Mermaid. The older 3 read their own books separately. 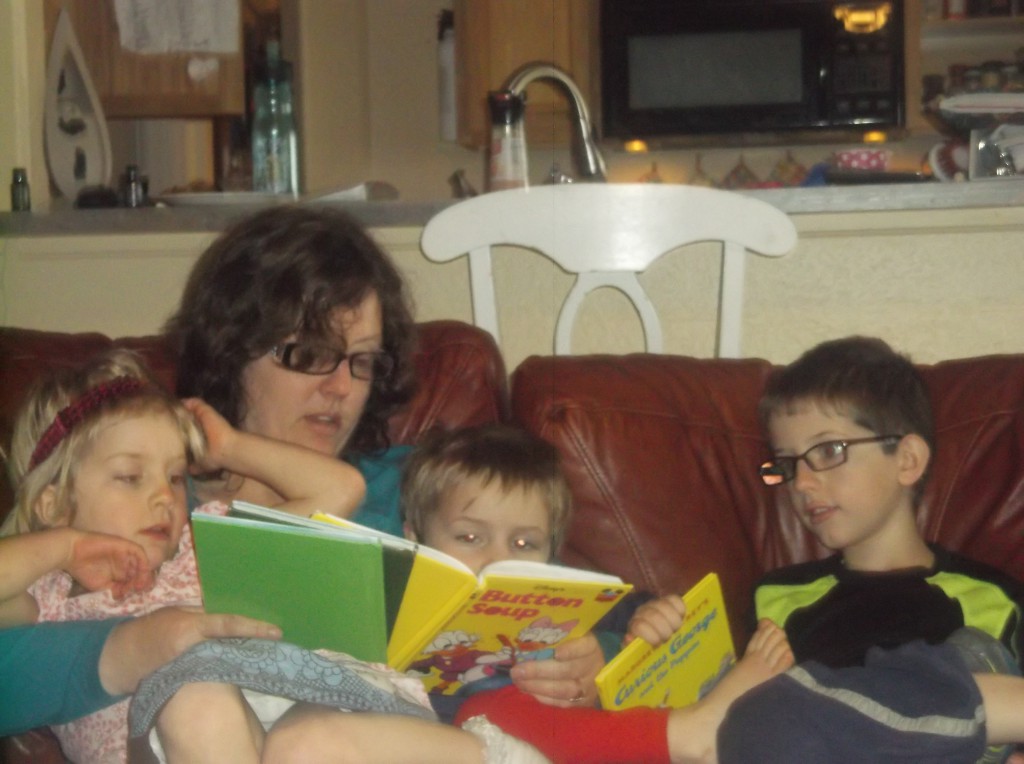 Like many other kids, mine love to build forts. Today, they made a popcorn “meal” to eat inside. 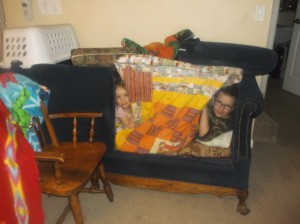 We have a piece of plexiglass that fits on a wooden table to make writing easier. Today, it’s a window and Jesse’s quilt is the curtain.

You can see Cambria and Isaac looking out. 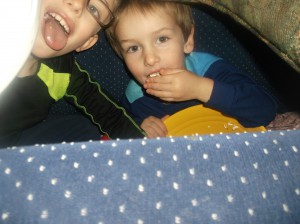 The fort also has a sun roof. I’m looking trough the sun roof and see Ethan and Jesse.

These are just a couple of things we did for fun today. What kinds of out-of-the-ordinary activities do you like to do in your homeschool to change things up? Leave a comment below. Your idea may just make someone’s homeschool day brighter! 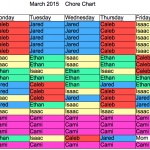