Whether you or your child is into Rick Riordan’s books for kids, the Narnia Series, or learning about myths from ancient days, you probably came here to find a list of mythical creatures. Many people choose to expose their children to mythical creatures and deities in a historical context so that they will know that people have different beliefs.

Most of the creatures are hideous and cruel, so I have chosen not to show their pictures on here for now, just in case a young person doing research gets scared.

Some of the Greek and Roman Creatures have different names, which you’ll find in parentheses.

Whether you are interested in Greek, Roman, or Chinese Myths for fun or for a history research project, it is good to know that some people believed differently from each other and from what most people believe today. The people who created the myths had very creative imaginations, which helped shape the choices they made.

How do I home school on the road?Home School Schedule 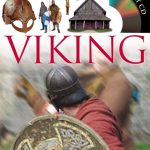